...but I didn't write it down before I fell asleep LOL.

The charity I make blankets for put out a call for some. They aren't collecting yet for their regular program, but they had been contacted by a place looking for blankets. I haven't stopped making them even though they weren't being collected, so I had FIVE I could run over. 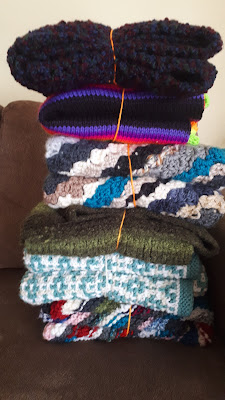 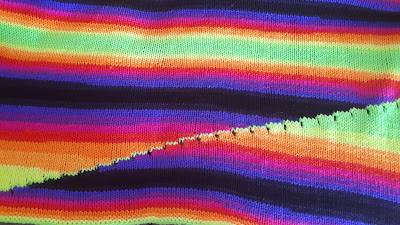 This is the neon stripes I was working on but ran out of yarn.  Originally, I wanted to do something with short rows, to get some direction changes in the stripes. But I got bored, and worried it wouldn't work out to be the right size in the end. This is a boat load of stockinette stitch LOL. So, I ended up with this section at the bottom, then used the gauge and some math, to repeat the same thing at the other end. Then I washed it and steamed it like crazy. 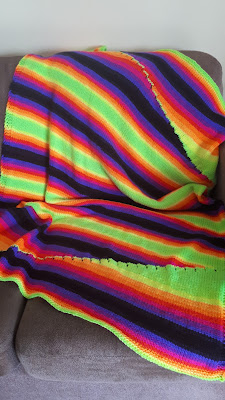 Rob says it's going to make someone go blind LOL. I think it's delightful. 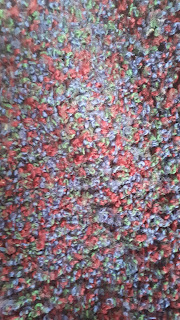 In the yarns I got from my Mom, who got them from a friend, was quite a bit of this Lionbrand Homespun. Rich jewel tones. It sort of glows, which is hard to see in the photo. 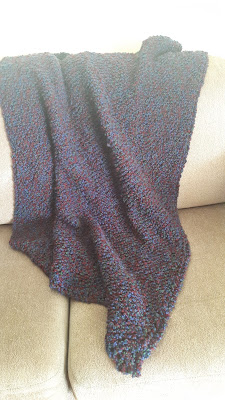