I've been a little busy with life here!  And, doing some crocheting...and, like often, I get a little carried away LOL.  A woman asked for newsboy caps for her twin grandsons coming this summer.  She asked for "grey or two shades of blue".  Pretty open ended...should be easy, right?

Because they were for twins, I wanted two matching yarns--same brand, and to look nice together.  I had both a grey and a blue in Patons "Decor", but felt the blue was too dull.  I had some really dark blues, and I have some grey...but together, nothing looked like "twins".  I went to Michaels and was surprised to see it was challenging to find a yarn with two shades of "nice" blue.  Many were very dark, or more of a turquoise colour.  Or, "Minion" blue (very bright).  Finally, I selected four balls of LionBrand "Vanna's Choice".  I really like this yarn, but some of the balls really split!  I got two shades of grey and two shades of blue.

Before I started though, I remembered I still had some of these hats: I made them back in May 2013, and the sizing wasn't all exactly the same, and some were way too small for newborn, and some were just barely newborn size.  I had pulled the small ones out to re-do them and felt this was as good of time as ever.  If the client liked them, I could return the other yarn.  If she didn't like them, and wanted solid colours, then at least I had some more RTS items available!  In fact, I decided to rip them all out and start fresh.

I whipped them up--they go so quick!  Though weaving in ends, because the yarn was being recycled, added a bit of time.  But not much.  I decided to get creative and do some more gnome style ones.  They seem popular, so I hope they sell. 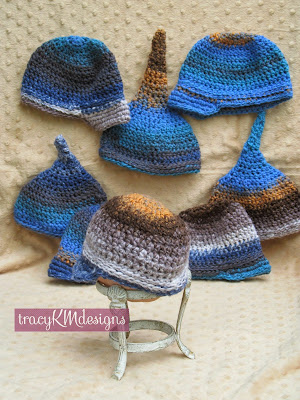 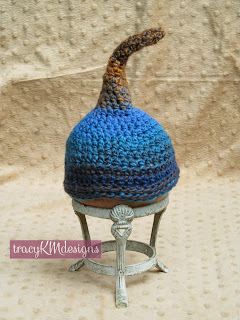 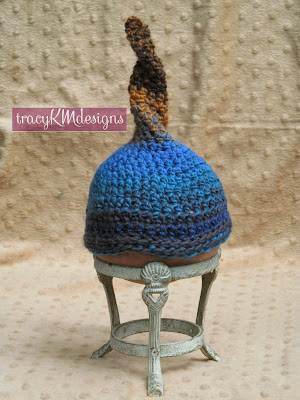 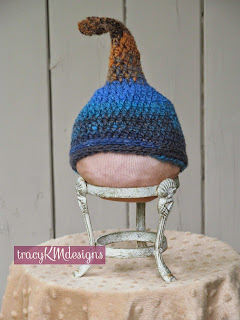 The three hats above are all the same hat; I wanted to show how it can be styled differently! 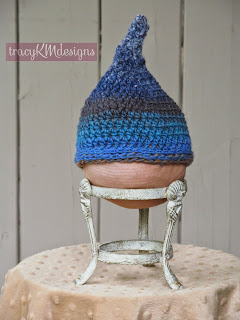 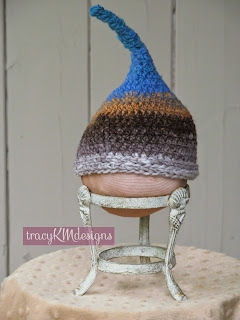 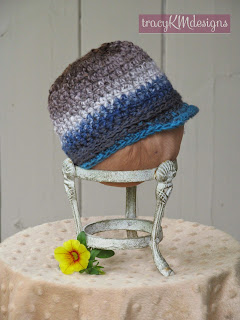 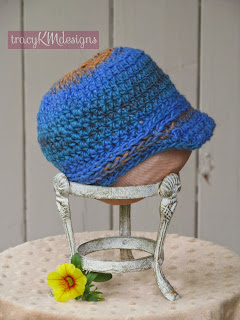 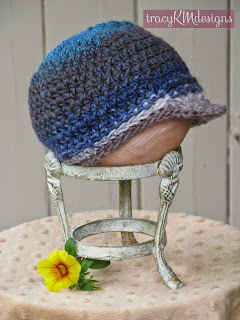 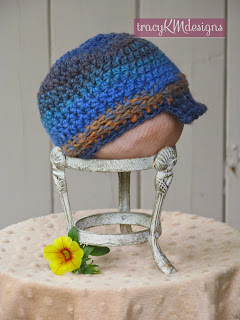 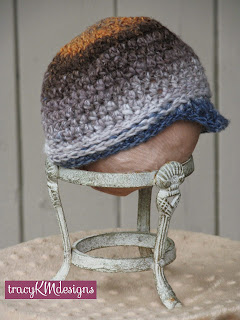 Eight adorable hats.  I sent a sneak peek to the client, and she said she'd prefer solid coloured hats.  Oh well!  At least these are made, photographed, blogged, and in the bin now!
Most of the yarn was recycled from the original hats.  However, I did have some left over, so I made another one.  I'm just going to count this ALL as yarn out for this year, and not worry about what was already counted back in 2013!