We had an extra long weekend here--well, for the kids, who had Friday off school, and then Monday was "Family Day".  We almost always go up to my parents for Family Day, and despite the -30C (and even colder) weather, we trotted on up there again.  I got an entire Pocket Bunny knitted, however, after starting the second leg, I realized that I was to do the feet in white.  But, I have more Pocket Bunnies to do, so the legs will go to those ones, and I'll do new legs for this one.  I also made a couple dishcloths, and knit up a matching mitten for the cupholder mitten set I made for a Christmas gift game.  Some issues with that--I thought the picture would tell me everything I needed to make the mate, but really...this one doesn't totally match.  Close enough, I hope.  It's not finished yet though.  It's interesting.  On Friday, I had a migraine.  I could not sit and knit on the couch.  After I finally felt a little better, I headed down to the knitting machine.  I was able to work okay down there, with frequent breaks to come upstairs and look at the original photos. 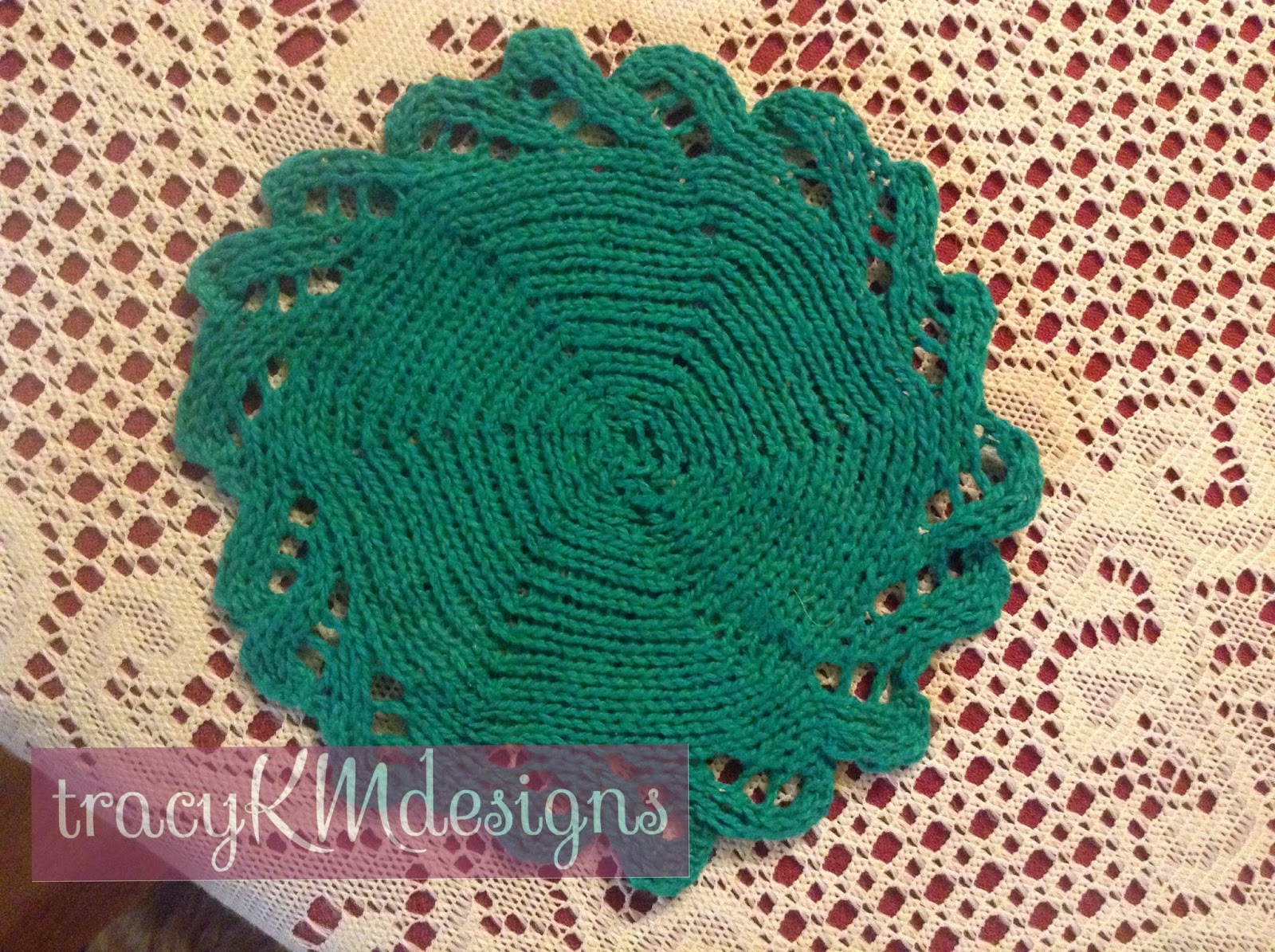 Then, since I seemed to be in the groove, I made a circular dishcloth on the machine (LK150).  The green is brighter than the photo, and it wasn't a worsted weight cotton, so it came out a little wimpy feeling--only 7 grams!


The dishcloths--I have a large amount of this cotton to use up.  I made my mom another dishcloth, and one for myself, and now I'm making more of the reusable cotton pads. 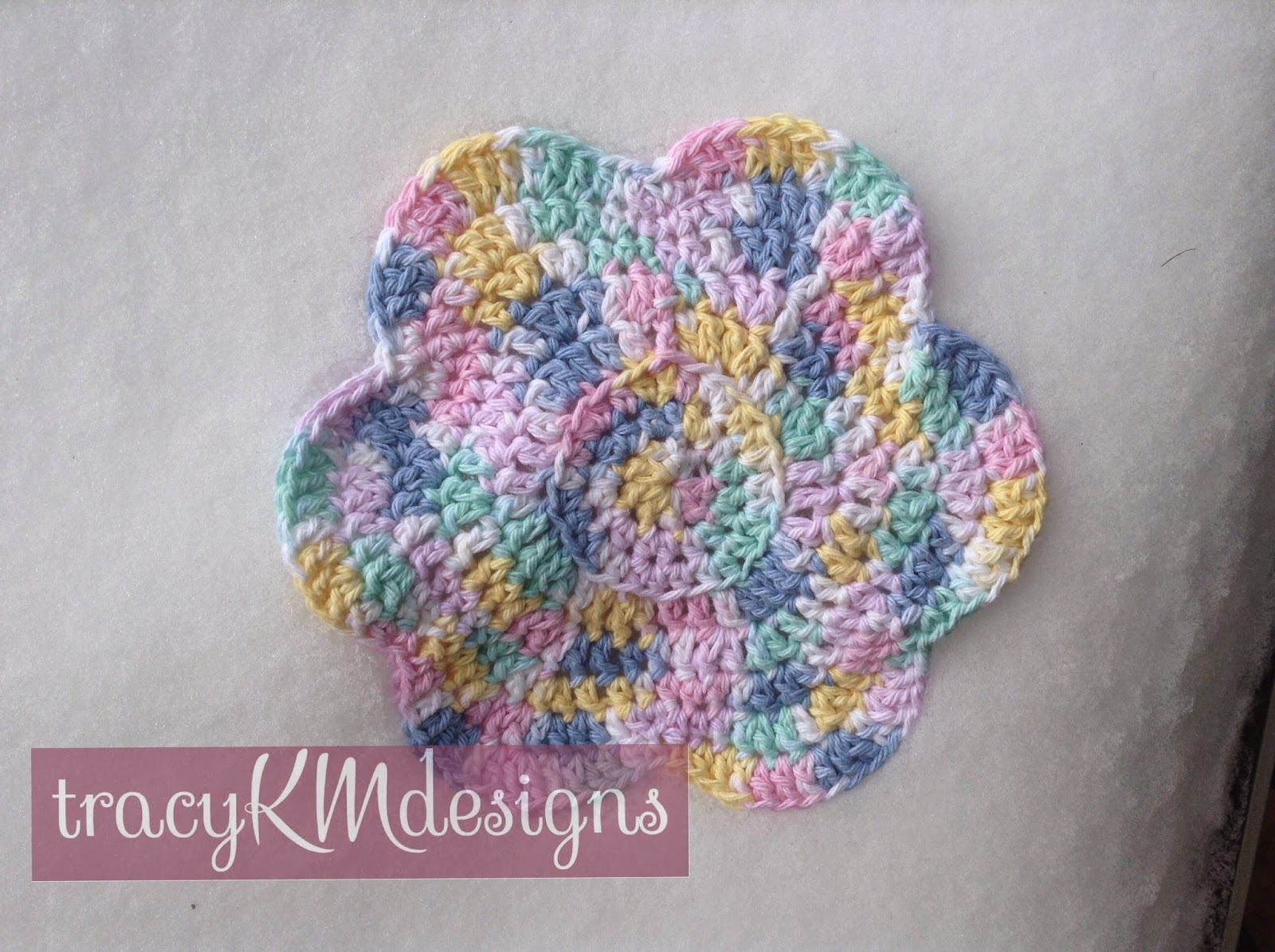 This pretty little thing weighs in at 22 grams (I'm going with 45 grams for the two, to allow for the trimmed ends).  It's not quite as pale as the picture, I think the white snow background throws it off.  I also used a 4.5mm hook, instead of 5mm hook, and it's 7 3/4" across, instead of 8 1/4".  I like it better--tighter feel and just a bit smaller makes a difference!

We went to the store in town where I often pick up yarn, and they had some really nice, fuzzy, blingy, scarf yarns marked down...but I resisted :)