Back in February, when the Rude Robot was being picked up, my daughter mentioned to the client I had not done a Minion hat yet, even though they are so popular.  Well, of course, within a few days, I got an inquiry!  No problem, though, I actually had all the yarns in my stash (some Minion hats are in a softer yellow, but she said bright yellow was fine).

I searched Ravelry, and of course, there were a few free patterns to choose from.  I chose one with earflaps and worsted weight yarn.  I was concerned because she makes a note that many people find the pattern too small.  Indeed, the first newborn one I made up (didn't get the eyes done) would not fit easily on my newborn head.  I could get in on, but a baby wouldn't like it.  So I made the next size up and it fit well, though I think I did add a few rounds.  I then made the next size after that one, for the fall since baby is expected sometime this month.  For both, I did extra rounds before doing the black band as it seemed too high on the head, and I made the black band only two rounds instead of three. 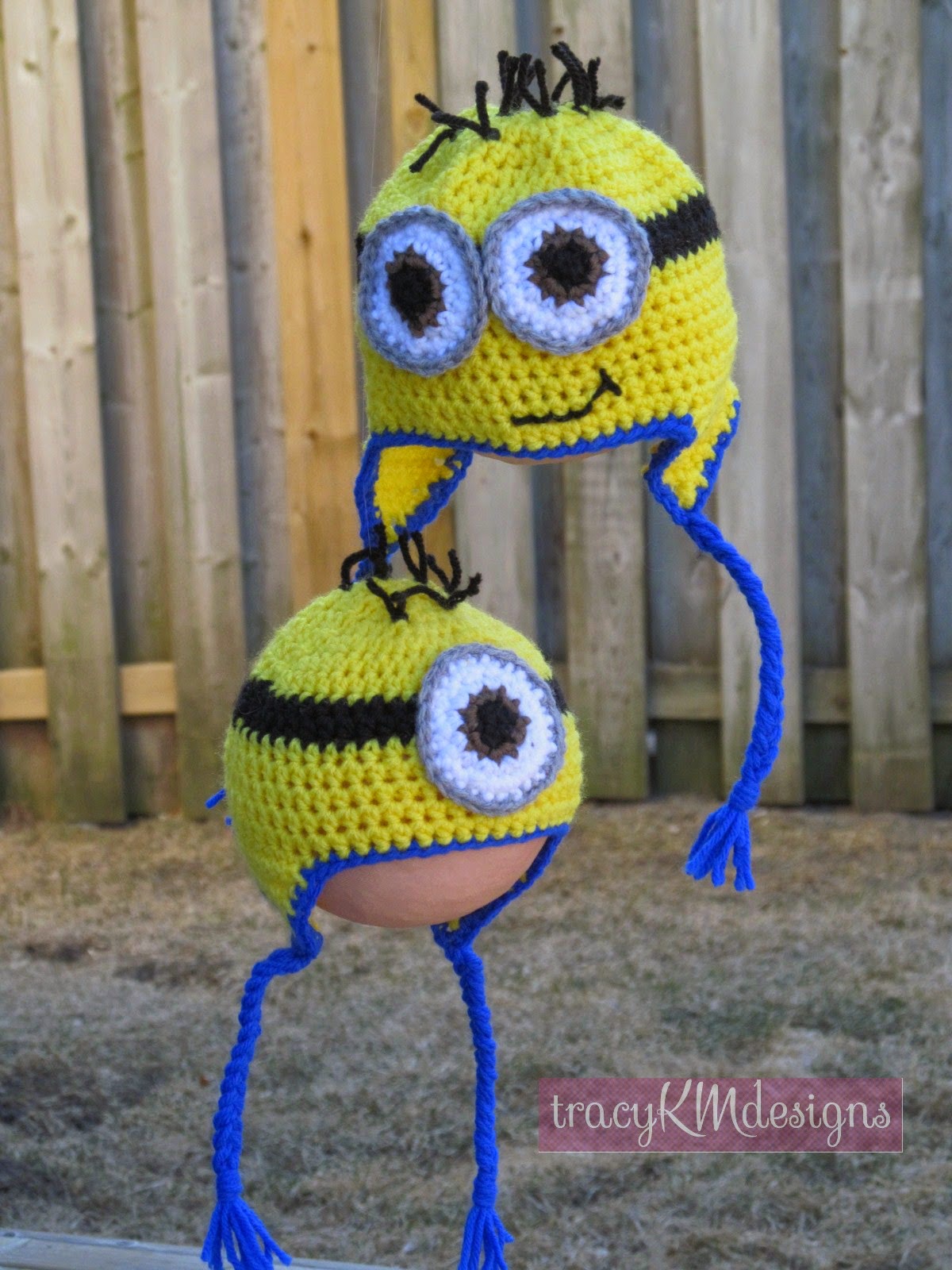 The newborn one got one eye and no mouth, and the bigger size got two eyes and a mouth.

I was searching for a new way to display/photograph these.  On one hand, it was great they were different sizes, as I don't have two "heads" in the same size.  I've learned a lot in the past year, and one thing I like to do is have my items placed at least 8ft in front of a plain background (and use a Portrait setting to get the blurred background).  But how to make an item stand up?  I've used several different things for the hats, and they've been okay, but wouldn't work for two hats at once.  I came up with an idea of invisible thread, and hanging the hats!
The picture above, they are dangling from an overturned garden swing frame on my deck. Below, hanging from a plant hook on my fence. 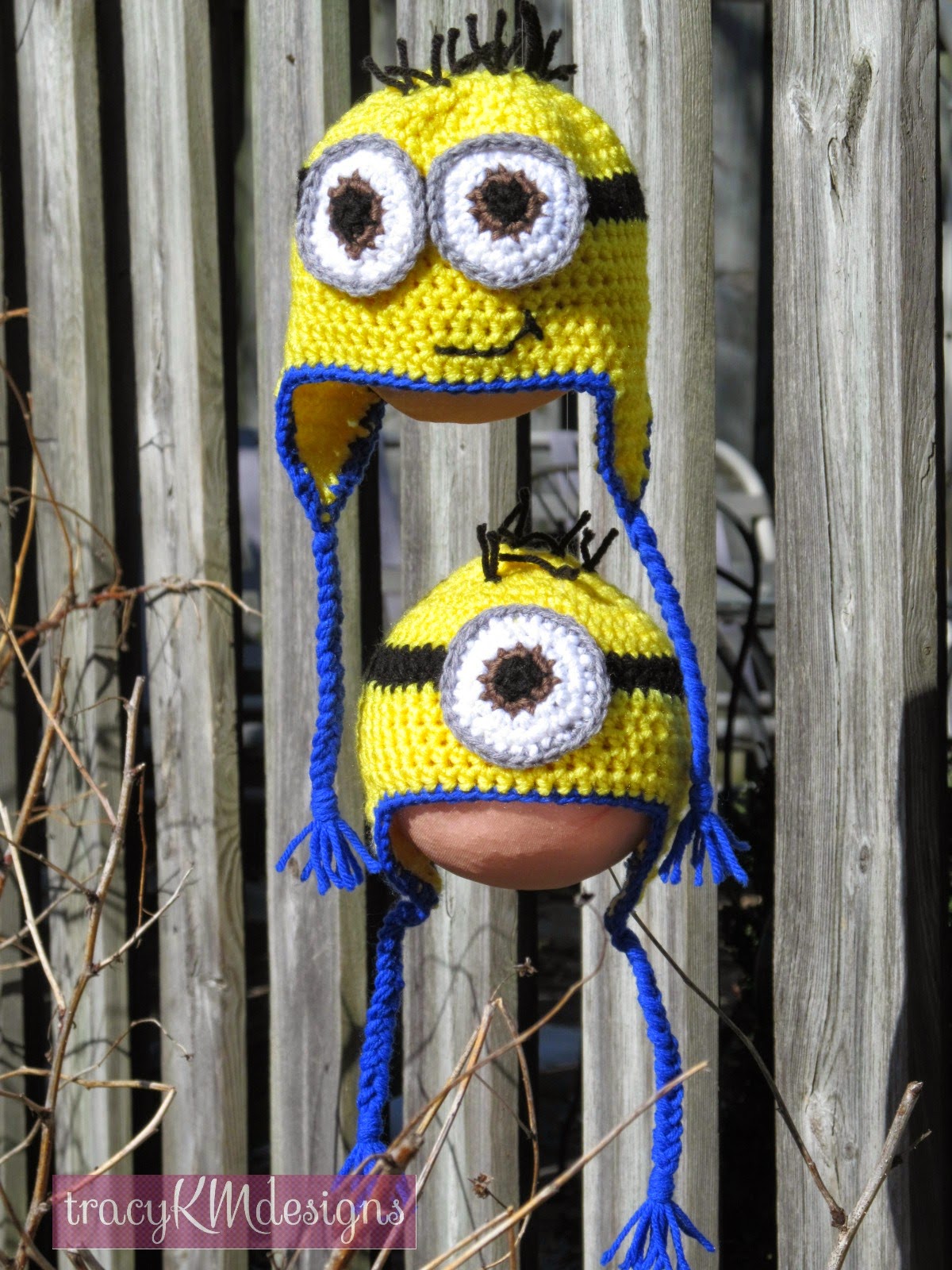 The bright colours really pop against the dullness of spring, and the fence.  I'm going to try this technique with other items too.  It's challenging though, using natural light outside--that day was going from super bright, to rather dim.  It's not often we get just a light cloud cover, and I'm too impatient to deal with diffusers.

Will I do another Minion hat?  I don't think I have enough of this yarn, but I suppose if someone wants one, I'm not actually adverse to making them.  If  anyone wants a preemie size one, I can also finish off the one I started! The bigger one was 48gr and the smaller one was 36gr, but together they weighed in at 85gr :)