Some Bunny Love You!

Yup.  Another Pocket Bunny!  This time, it's a Toronto Maple Leafs bunny! 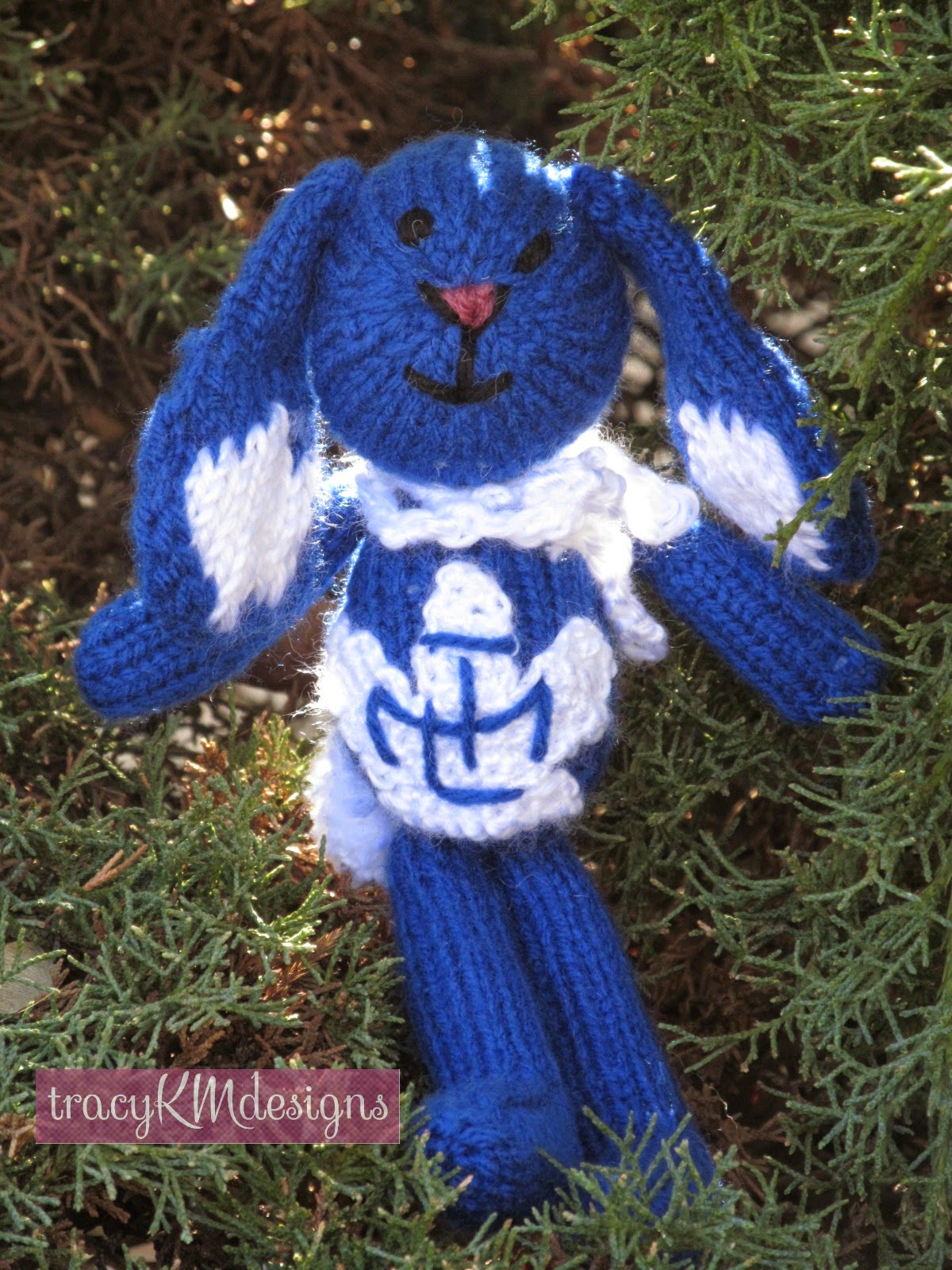 I actually had to buy some royal blue yarn.  This is Patons' Astra, and sort of funny, it's the same shade of blue that I used in the Minion hats, for the same customer, but that blue was worsted weight.  I couldn't find a fuzzy royal blue.  I should have done the ear patches in a fuzzy white though!  D'oh.  Next time.  Once I had it knit, I had to decide on face colour.  I went with black, but I wonder if I should have stuck with brown.  Might have shown up more.  I think I asked my family and they voted for black.  And then the nose...I didn't want a bright pink nose, so I went with more of a dark rose.  I had a hard time finding a tiny maple leaf.  I thought I could use one for worsted yarn, but with my baby yarn...but it was a hard pattern to follow and not small enough and I wasn't going to #10 thread.  So...I created my own leaf.  A bit bigger than I wanted, and it seemed really harshly white on his belly, so I did the TML logo and made the white scarf.  Which I forgot to give to the client (I had taken it off to try to reduce the glare in the photos.

It's  a cute little fellow.  Someone has asked about doing a Philadelphia Flyers one.  I'm also thinking I might try a Pocket Yoda.