I'm still working on a custom order of Minion hats and a Toronto Maple Leaf Pocket Bunny.  She told me when she can pick up, and it's not for a week...so I've procrastinated on the finishing LOL.  I decided to make Megan (my youngest, who's a bit of a hoarder), a crocheted basket.  I have a few skeins of this awful, old, Mary Maxim yarn.  Very bulky, very acrylic, very retro.  Yellow, orange, white and brown.  Oh yeah, baby.  Just like my kitchen in the '70s!

I had trouble with the base, it seemed to be curling up so I increased more than usual for a crocheted circle.  But then, once done, it seems like it's bulging.  Should have been more patient and trusted the math.  I just worked random colours, double stranded.  The last two rounds were single crochet instead of half double crochet because I wanted to finish off with two strands of orange and was running low. 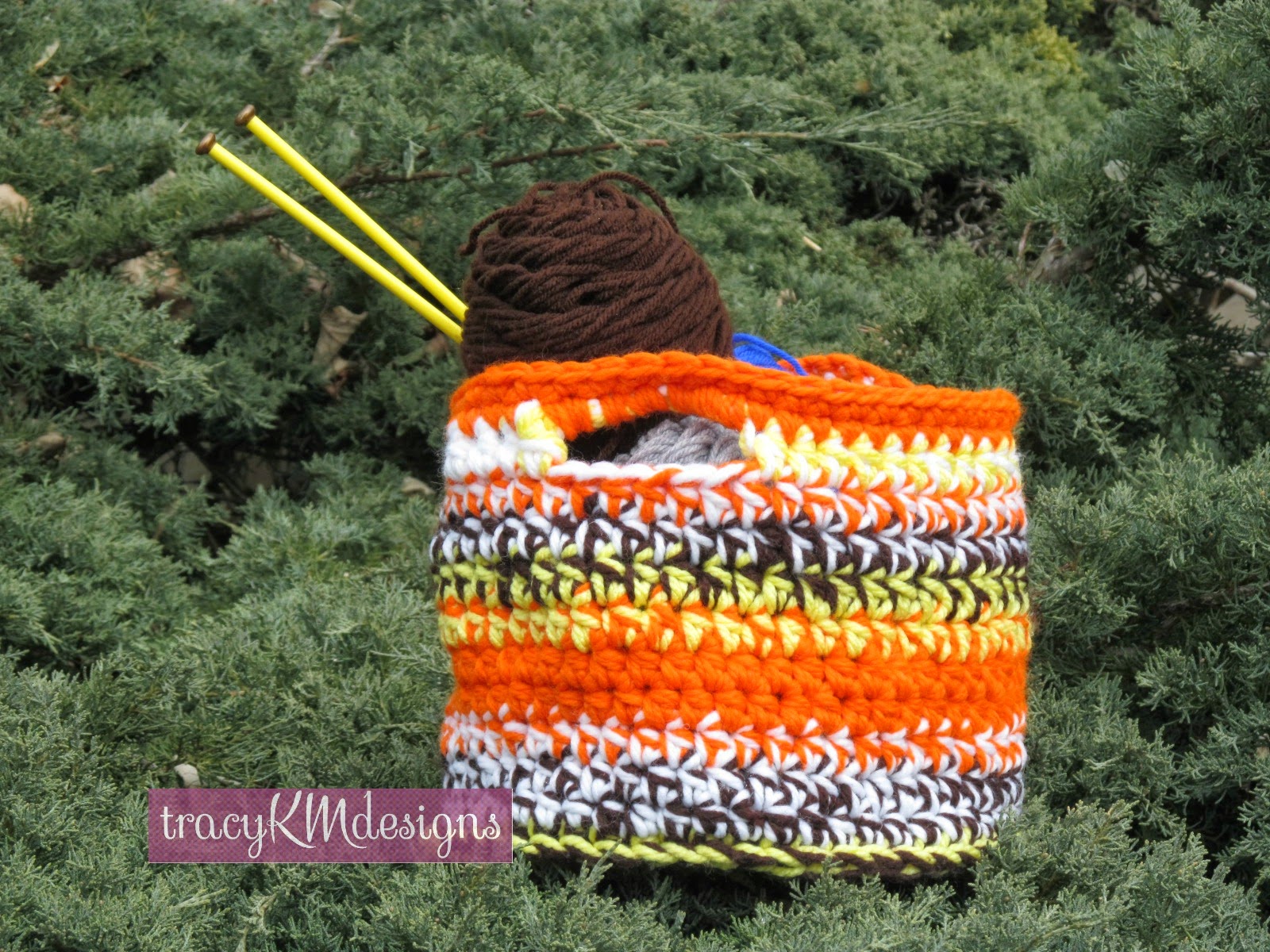 Not much else to say about it, except it used up 302gr of yarn.  Almost every bit I had of it.  I'm so glad to get that out of my bin, and hopefully help my daughter organize her room.  Yeah...well, we'll see if that happens.