I had to get the sewing machine out to fix two of the three kids' backpacks.  So, I figured it was time to sew up these mittens that have been sitting cut out and waiting since....early last summer?  Winter is not going away here it seems!  Now, I will admit that I get the sewing machine out every three weeks to perforate the coupon sheets the kids give out when they collect for their newspaper route.  But I don't actually thread it.  That's what made the difference this time LOL 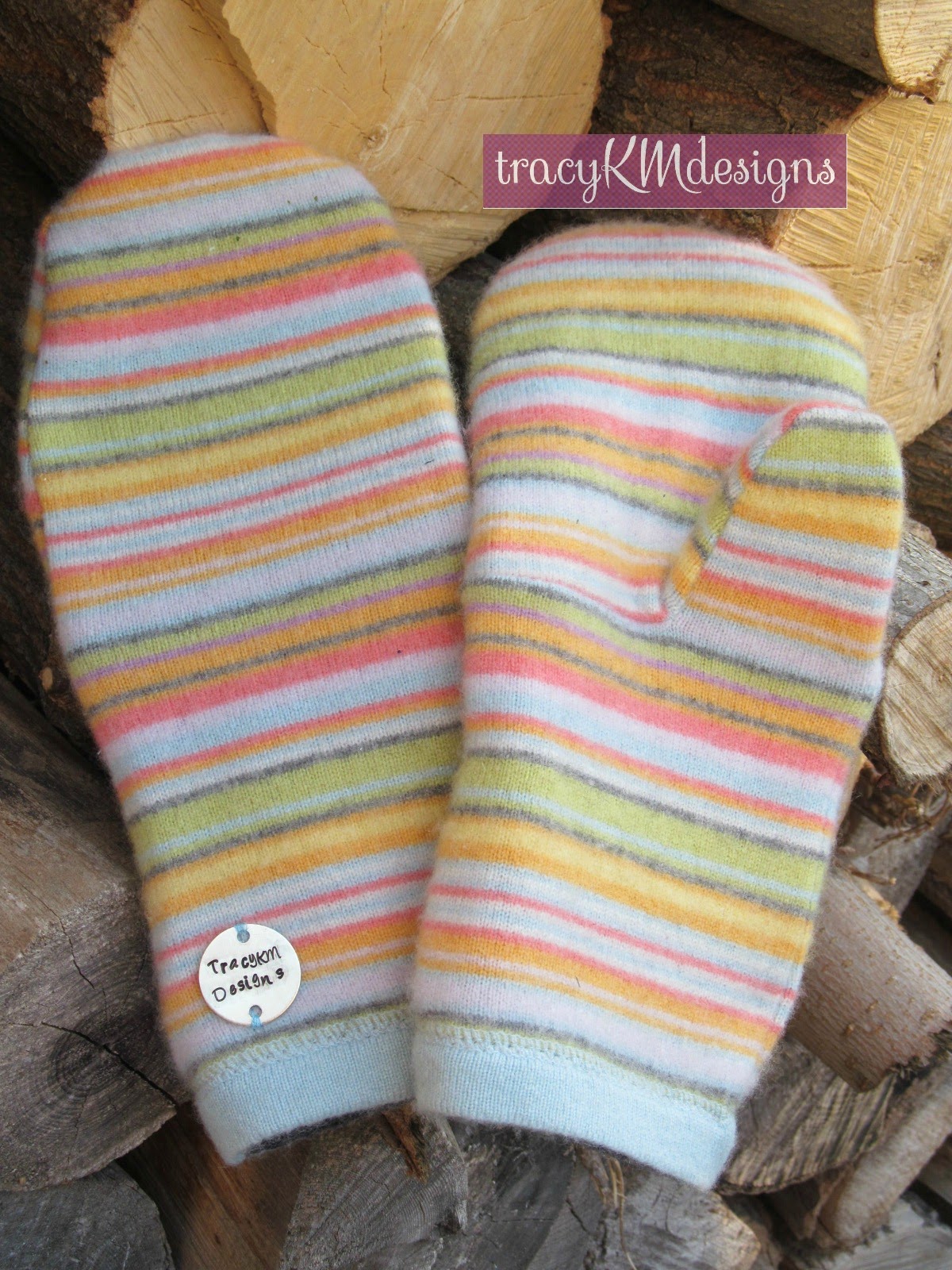 I don't know how I feel about these.  I think I don't like the pattern I've been using--they're so wide!  I really trimmed down the inside layer (so they're not reversible now), but I didn't touch the outside layer.  The outside is so soft compared to the inside, which feels more like a boot liner.  But, the solid felted inside layer will really block the wind!  I also just don't like mittens with the thumb on the palm.  And, I have a hard time sewing these fabrics, and cutting them out...I try to be accurate, but they never come out identical. 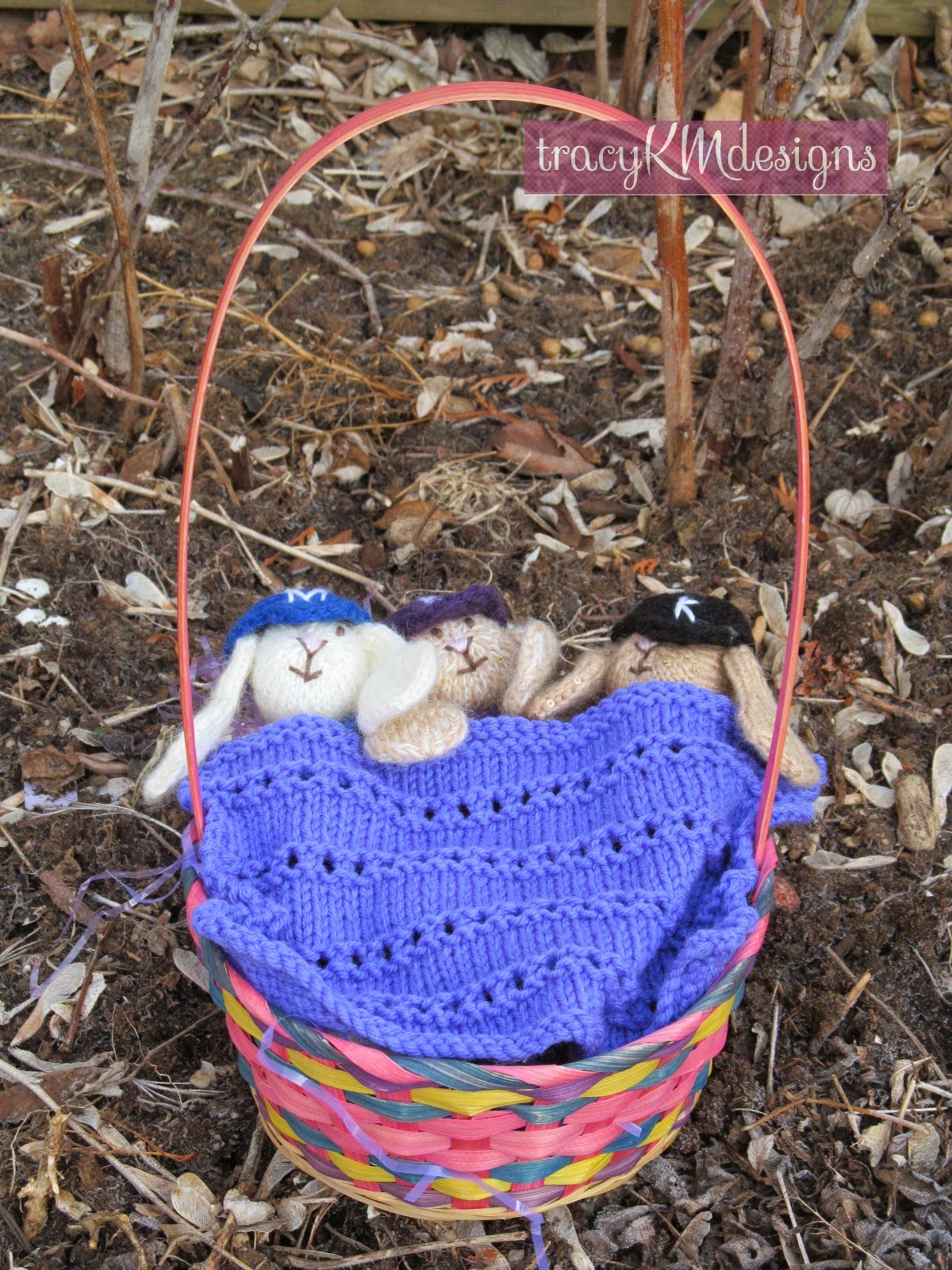 The Pocket Bunny family went home today.  Last night I decided I needed to whip up a blankie, which was her original request, before the clothes idea.  I did it in purple, the girl's favourite colour.  Originally, I was going to make a little bag for them in this yarn, but I sort of thought I had done enough already.  I wish I had made a blanket that could have been drawn up into a bag.  If only I had thought of that sooner!  Oh well, another 22gr of yarn out the door!